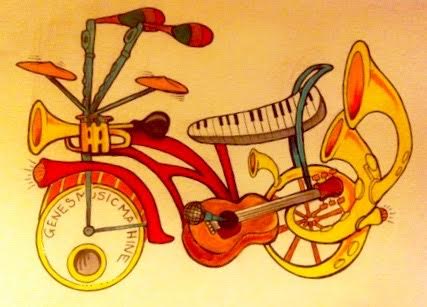 All Types of Music – All Night Long

Sometime around November 2007, the New Orleans Superjam was born within the heart of the Frenchmen Street entertainment district. Gene Harding, SuperJam host, formed the group primarily as a service for the music community because of Hurricane Katrina. During the aftermath of the storm, local bands were seeking musicians, musicians were looking for work, no one had any idea as to who was still living in town, who left and who made it back to the city.

The SuperJam sessions became a place where various musicians could gather, network and get updates on other music activities in town. Relationships were made and new bands were formed because of this event. Every week this gathering consist of different styles of musical talent from all over the world joined together under one roof to perform on a New Orleans stage.

You do not have to be a virtuoso musician to partake in the SuperJam, but this is not a beginner’s class either. Its members respect where a person is musically and encourages all levels of talent to participate in the experience. Harding, who got his start at an open mic jam session, hopes to inspire and influence other musicians the same way he was.

“That’s why it’s more than a gig to me, it’s part of my life, it’s in my heart and that’s one of the ways I can give back to the musicians, and for those who showed me love and supported me when I first started my career in music which allowed me to become a professional drummer, ” says Harding.

Since its beginning, the SuperJam has moved through four venues until it found its newest location in April 2015 at 30 by 90 Jazz Club on Frenchmen Street. Harding believes that the people will always go where the music and entertainment goes, it’s all about music and the connection with people and that’s the experience this jam provides.

Harding has always been known as a people gatherer. He brings people together and has a natural way to feel people’s strengths with the ability to make them shine past their limitations. This is what the SuperJam is all about; it’s a music community for the people helping people and for the love of music. At the New Orleans SuperJam, you can expect the unexpected. The show kicks off around 9:30 p.m. every Monday night and, most times, not stopping until after 3 a.m.